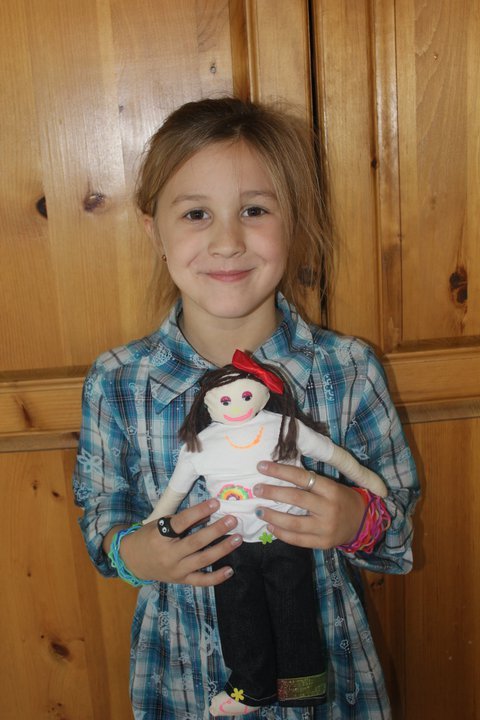 On November 11, my niece Brianna turned 7!  She is super sweet so when my sister-in-law asked if I would like to help her out on the following Saturday with the 7 girls she was inviting(because Brianna is 7), I said sure!

Originally I was going to look up some games to play, but then I ended up on Marthastewart.com and found these http://www.marthastewart.com/article/making-dolls-with-laura.  Then I couldn’t stop thinking about how fun it would be to decorate you own doll!  That night I went to Fabricland and Michaels and got all the supplies I would need.  I used the pattern included in the instructions for the bodies and pants but then also altered the pants into a skirt option and instead of making a collared shirt, I just made a simple T-shirt. 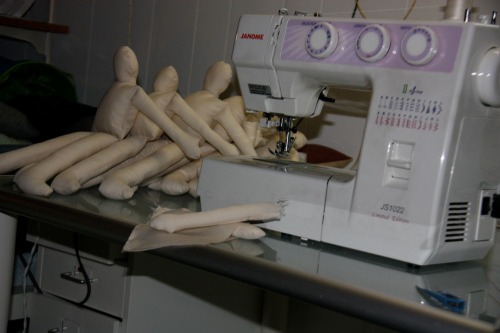 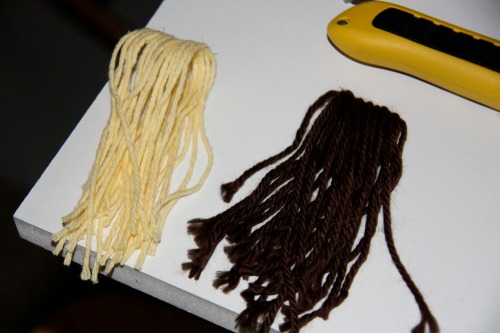 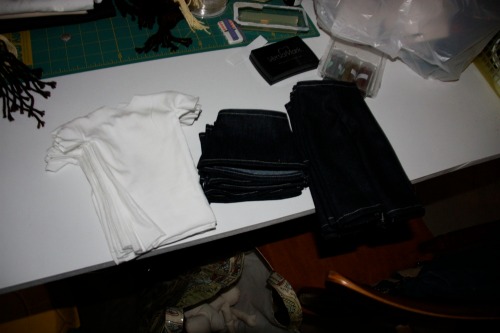 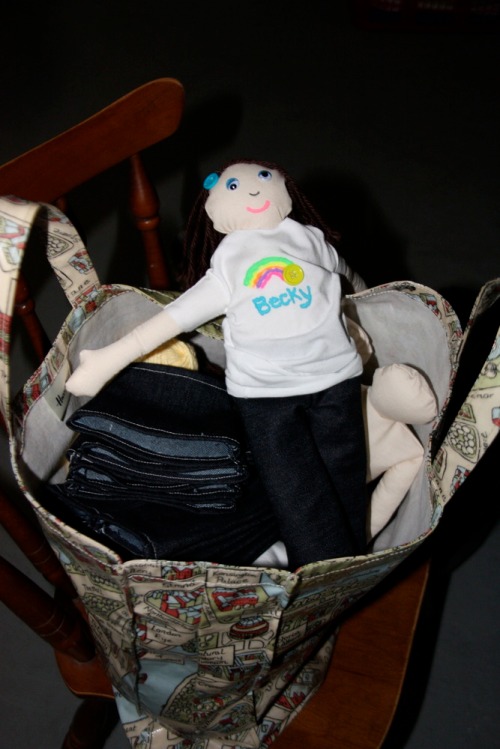 I kept most of the detail off of the dolls before the party for the purpose of letting the girls customize as much as possible.  They each got to grab a body, either blond or brown hair, eyes, a skirt or jeans, and a t-shirt.  Then they could use whatever embellishments they wanted as well as fabric markers.  I think they really enjoyed it!  I was a bit skeptical about how long a bunch of excited 7 year-olds would sit but they were very attentive(including little Marlee who is only 3) and worked hard on making their creations, which turned out great! 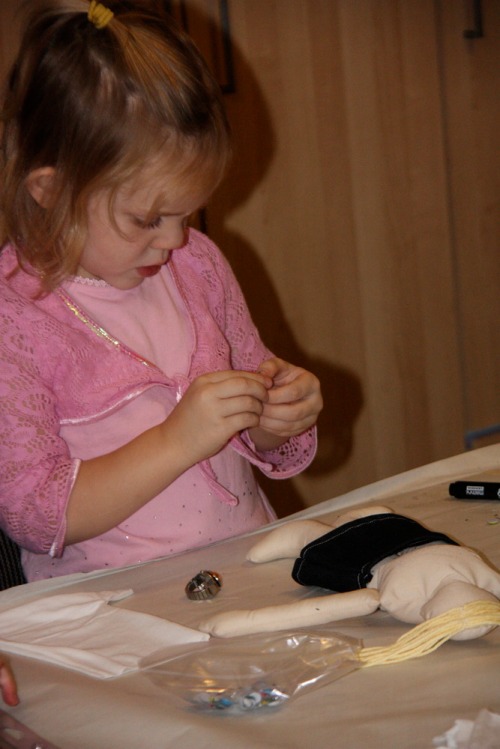 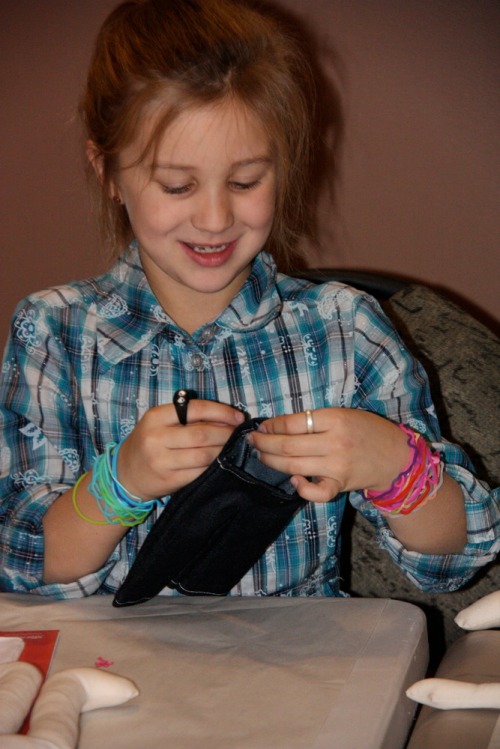 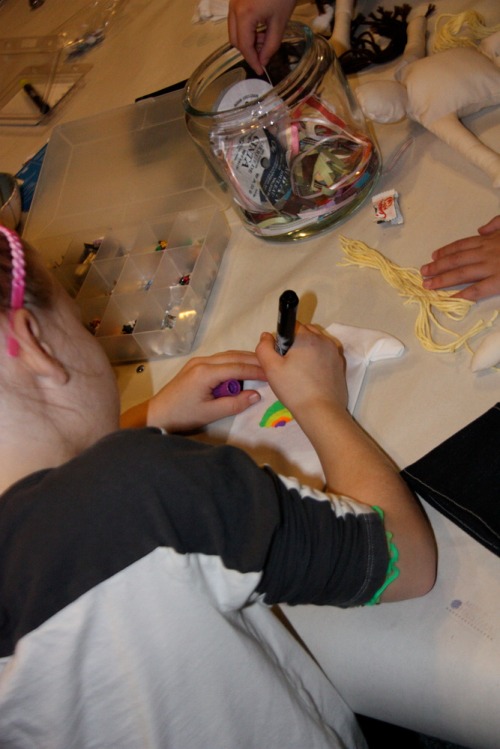 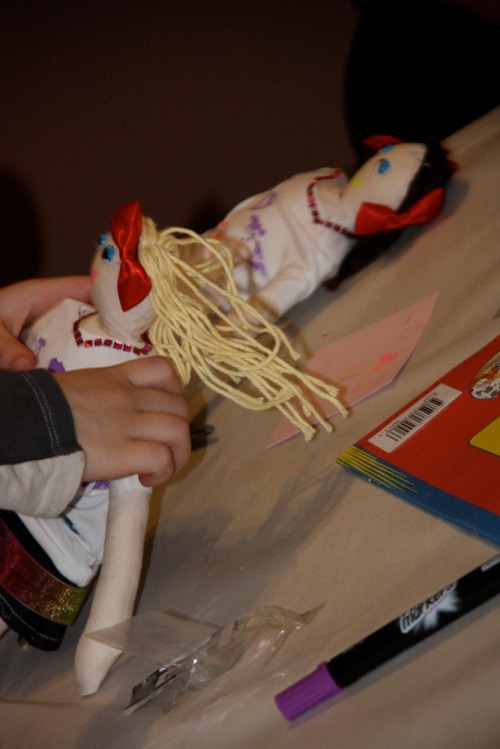 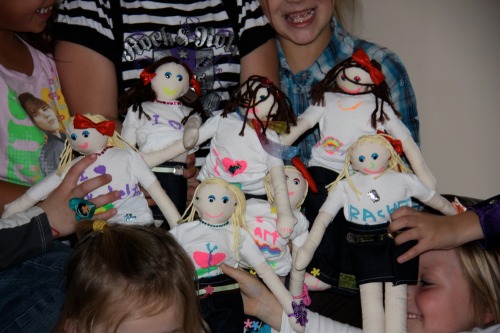