Myles’s room started out in about the same state as the rest of the house; old smokey carpet and lots of wallpaper.  It’s just slightly smaller than the girls’ room and gets less light because of it’s orientation.  It had a nice sized closet and a single wall-mounted light. 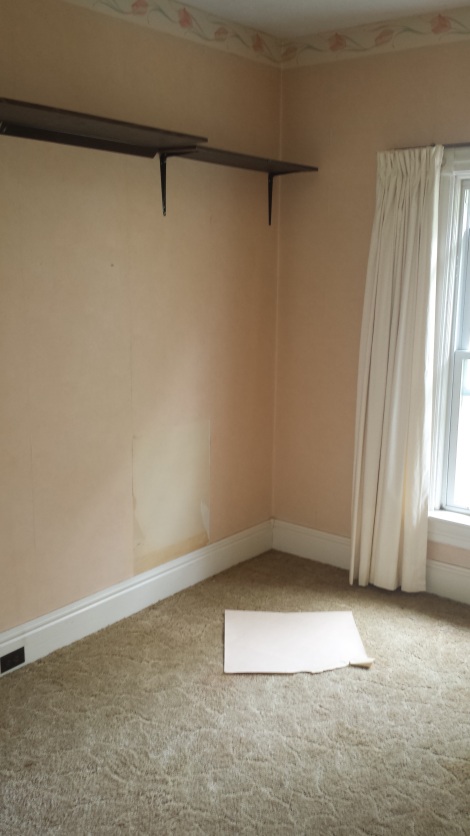 After we got the wallpaper off, we primed and painted the ceiling and Aaron put in four potlights to add some brightness.  We sprayed all the trim white while we did the rest of the trim upstairs.  We ripped out the carpet and painted the walls, then had new carpet installed.  I don’t have any pictures of the process, but it was the same as the rest of the rooms.

Myles’ old room had a woodland creature theme which was super cute, but he was a bit older and he had requested a super hero themed room for the new house.  When I say themed, I use the term lightly.  I’m not a big fan of everything in the room being plastered in character images, but I did find a really cute DC comics duvet cover from Pottery Barn which we kind of built the room off of.  Myles had said he wanted his walls to be green, orange and blue, so instead I convinced him that it would be great to have a duvet that had all those colours and just paint the walls a nice light grey colour.  I’m not afraid of colour and we could have painted something bright on the walls, but the room is fairly dark, so I wanted something fresh and reflective.  And when you paint a room as a neutral background, it allows the “stuff” you put in to stand out.  I also chose some basic navy and white rugby stripe blackout curtains from Target so that the walls and curtains could easily transition to another “theme” down the road.  Here’s a look at the whole room. 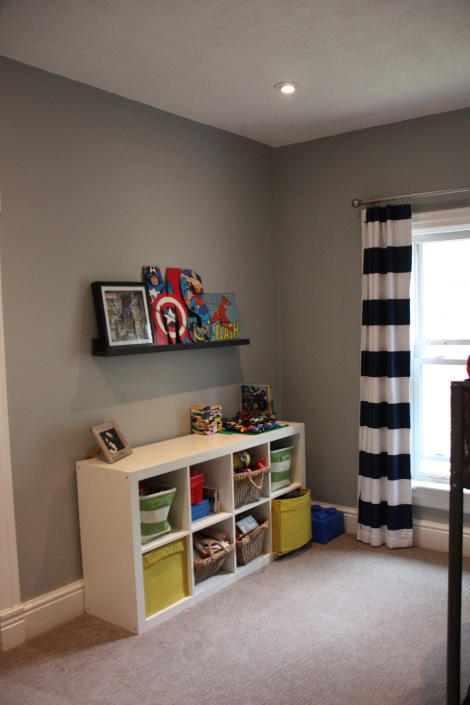 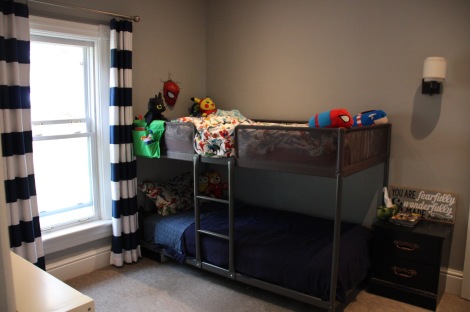 The kids have their toy storage in their room until we finish our attic, but it works pretty well. 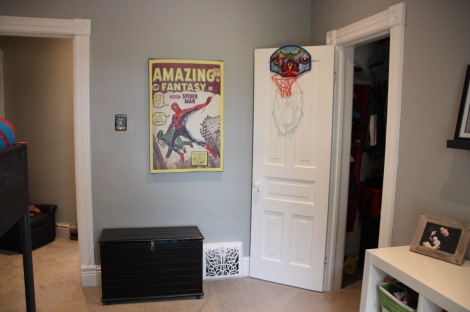 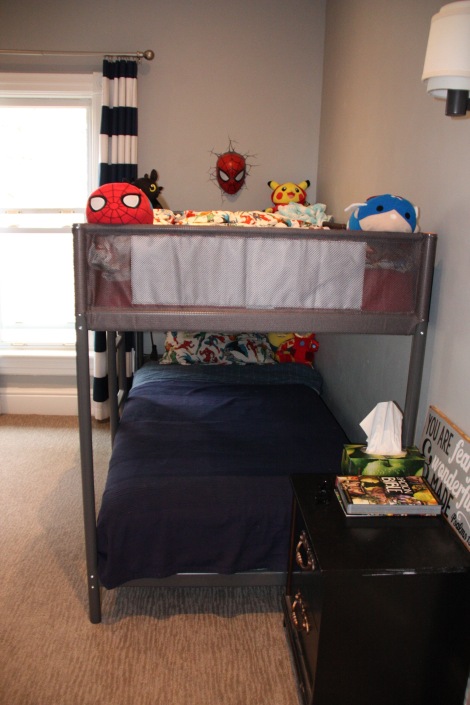