Yeah.. I’ve gotten really bad at this.  8 months since I’ve posted bad.  I have some excuses but mostly I’ve just been lazy about documenting things.

Well the first project I will post about is baby #2.  He/she is part of my list of excuses but only accounts for the first 15 weeks of not posting.  I was sick.  Really sick.  I now know exactly what women who complained of morning sickness were talking about.  It is brutal, so awful that I could probably pinpoint on a calendar the day it went away.  I have thanked God everyday since I started feeling better because I know some women who were sick throughout their entire pregnancies.  I was not sick with Myles and was not expecting to be sick with this one so it really knocked me out.  I am not exaggerating to say that it would have been too much in those 15 weeks to sit at the computer and post something.  In fact I couldn’t even barely go into the basement because I suddenly was very sensitive to the “basement” smell that Aaron claimed was not there.

Okay, I’m sure you get the point.  We knew I was better the day that Aaron came home and I had rearranged all the furniture in the house..and I have been very greatful that the pregnancy has been smooth sailing ever since.  The due date is exactly a month from today.

Another project that I sort of had stock piled from last fall was a cabinet in our kitchen.  My dad made it in the 90’s for my sister and I aquired it when we moved into this house.  We had been using the shoe cabinet portion of it for a while and had painted it the same white as the cabinets and used matching drawer pulls but the upper bookcase portion had sat in the attic untouched.  I was hoping to gain some extra storage space in our small kitchen.  Our small appliances were taking up space in our cabinets or else were stored in the basement where I never touched them.  I wanted a place where they would be easily accesible.  When we brought the bookcase down to see if it would fit okay, it looked like this: 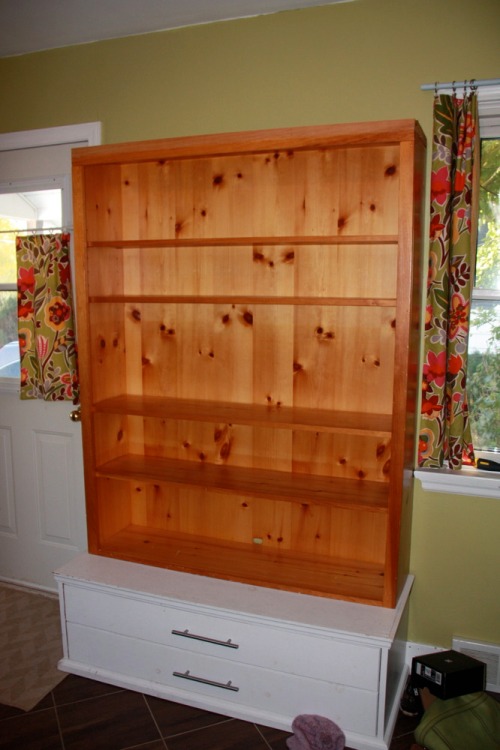 I primed and painted the bookcase portion while Aaron sanded down the shelves.  We decided to stain the shelves the same dark brown as our counters to tie everything together. 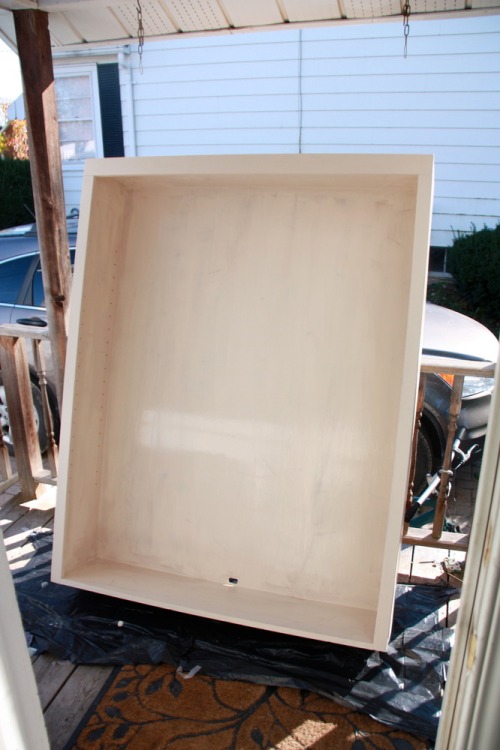 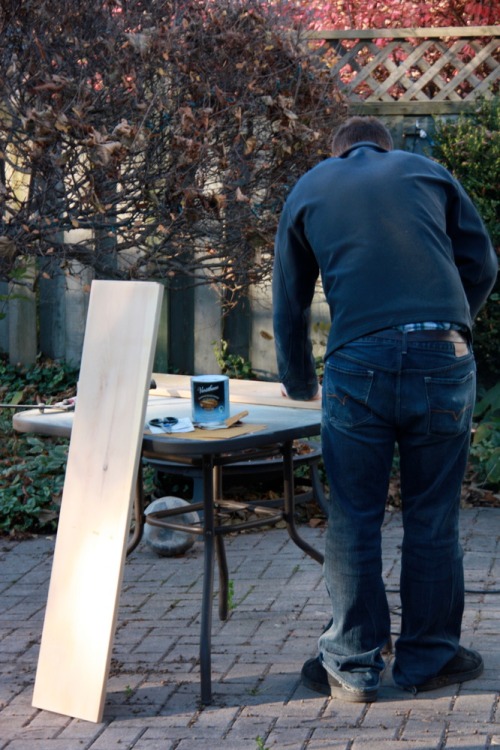 When it was finished and fully loaded it looked like this:

It has been a welcome source of extra storage and I definitely use my appliances a lot more now that I remember I have them!