Well, yesterday was my due date and we have no sign of baby yet, which turns out to be a very big blessing after the events of Tuesday evening.  We had one of those evenings where nothing goes how it should.  I’ll give a quick rundown.  We had brought our trailer home Monday night, realizing that we were not going to be camping anymore this year, and it sitting outside was doing it no good.  When Aaron got home Tuesday we made a plan to quick clean out the trailer and get it ready for storage, drive it to storage and then swing around Bayfield to pick up some Thai food for dinner and take it to my parents.  Seemed like an uncomplicated plan until we opened the trailer to discover…. Mice! blaghhh.  Aaron advised me to go into the house before I freaked out and he began to get rid of the flithy vermin and all of their droppings.  I washed all the curtains and fabric while he washed down the inside of the trailer and soon enough we were on our way and only a little behind schedule.  Until we arrived at the barn where we were storing the trailer in and entered the field to drive to the back… and got completely lodged in the mud.  Most of you won’t realize and it would make us look better if I didn’t reveal this information… but last spring we did the exact same thing.  So we felt pretty stupid and Aaron kept trying different methods to get us out until we realized that we were just digging ourselves into a deeper hole and finally called his dad to come tow us out of our semi-annual mess.  So after this was all said and done, we were running behind by about an hour and a half.  As we were leaving that mess, I called the restaurant to put in our order knowing that the kitchen was open another hour after having checked online.  Except they were on vacation in Thailand.  So we headed to my parents with no food, but got something once we were in town.  We visited for a while and then headed home, deciding to stop at the car wash to get rid of the evidence of the evenings events that was caked all over our car.  Aaron was washing away but was about to run out of time, so thinking myself a spry deer (or something that isn’t a 40 week pregnant lady), I hopped out of the car to throw in some more change, at which point I jammed something in my pelvis rendering myself unable to walk or really move my legs in any way.  It was quite a pathetic sight Tuesday night and Wednesday.  The condition hadn’t improved overnight as I was hoping and I began to wonder how I would physically have a baby.  Myles was a saint all day on Wednesday thankfully.  He slept in and then had a 3 hour nap, so I really wasn’t required to move much more than to get myself to the washroom.  I think the rest really helped.  Last night my mom brought me some crutches to help me hobble around, but by this morning there were dramatic improvements and whatever I did to myself seems to be undoing itself.  So that’s good.  But a couple more days to recover before the big event would be welcome.

Sorry for the long story about our series of unfortunate events.  It actually makes me laugh a bit now.  But the real reason I started writing was for the Garage Reveal!

I’m not going to go into a lot of detail over this one.  It’s been almost a year in the making and we are really happy with it.  I’m not sure where we put all of our stuff before we built it and parking the car inside the past couple weeks when it has started to get cold has been wonderful.  It also made a great party venue for Myles’ second birthday.  We aren’t quite finished yet as we intend to insulate and drywall it all and add access to the attic for storage, but it’s definitely very usable at this point.

So here we go.  This is the house before along with a rough rendering of what we wanted the garage addition to look like: 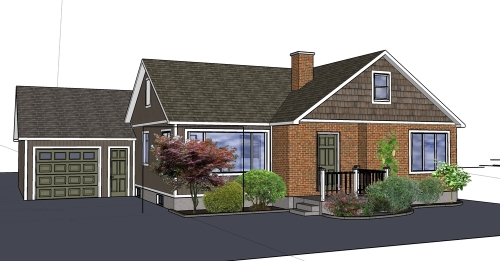 Here is Aaron ripping off the side porch:

Here are the footings and foundation: 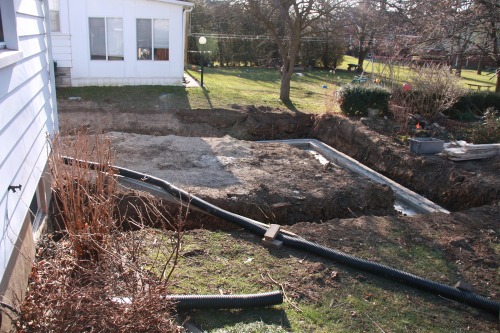 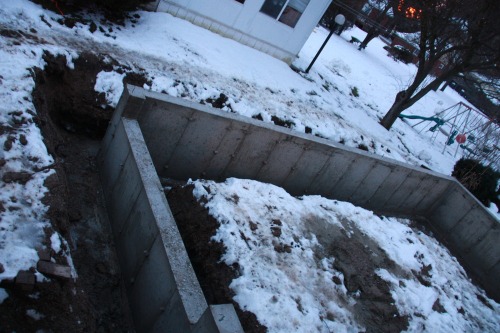 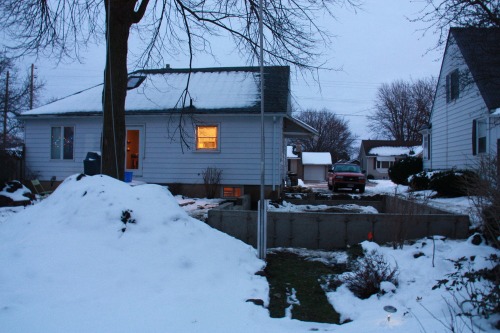 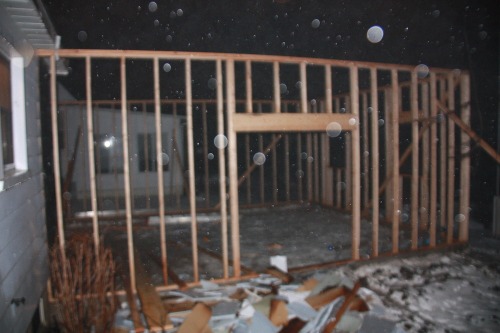 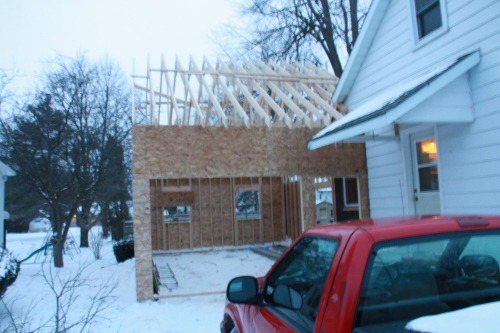 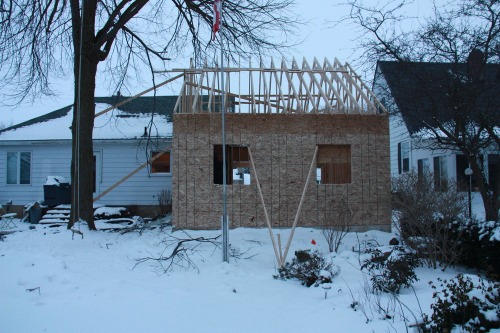 The garden doors to the backyard and the newly poured floor: 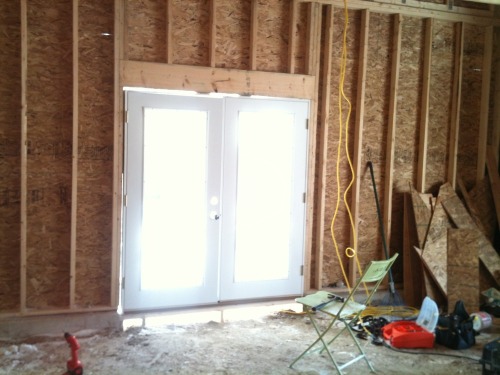 And the final product:

Thanks to VeeKay construction for the great job they did on the foundation, framing, and roof! And a big thanks to my awesome husband for all the hard work he put into finishing the rest!  Can’t forget to thank other helpers along the way(Dad, Aaron’s Dad Dave and neighbor Kenny).

Also, I may as well throw in some pics of Myles’ party to show you the inside: 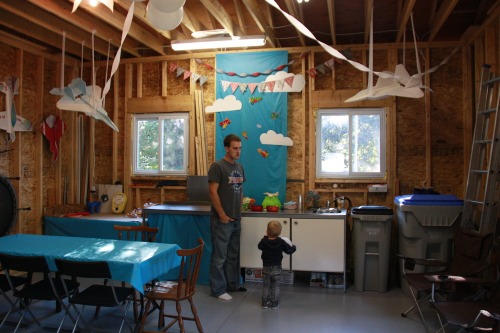 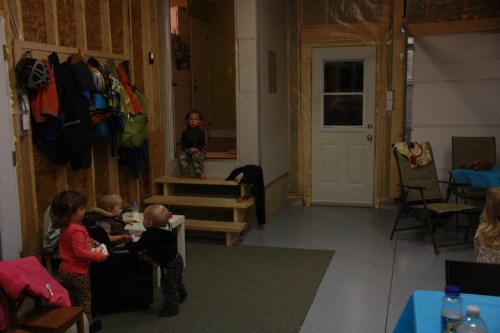 Wellll, that’s what I know.  Hopefully the next post will involve the newest member of our family!

One response to “Garage Reveal”