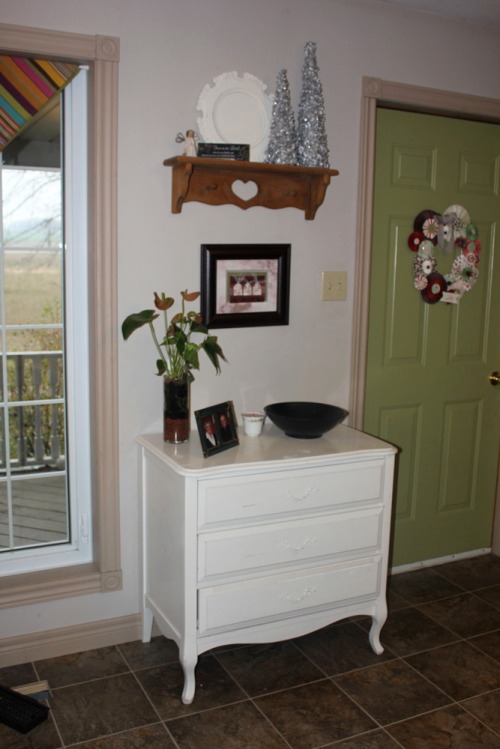 A couple of weeks ago Aaron’s sister came across a matching desk and dresser that had been painted white and asked if I had any fun ideas on what to do with them.  Since I know she is open to bright colours, I suggested turquoise.  She has some window valances in the room with lots of vibrant colours in them including turquoise so I thought it would be nice to bring that colour out.  I also suggested putting a black glaze over top.

The next Saturday, Aaron and I headed out to his sister’s house to do some work.  He had a list of general fixits to do around the house and I got to work sanding the desk and dresser outside while Linda cleaned them inside. 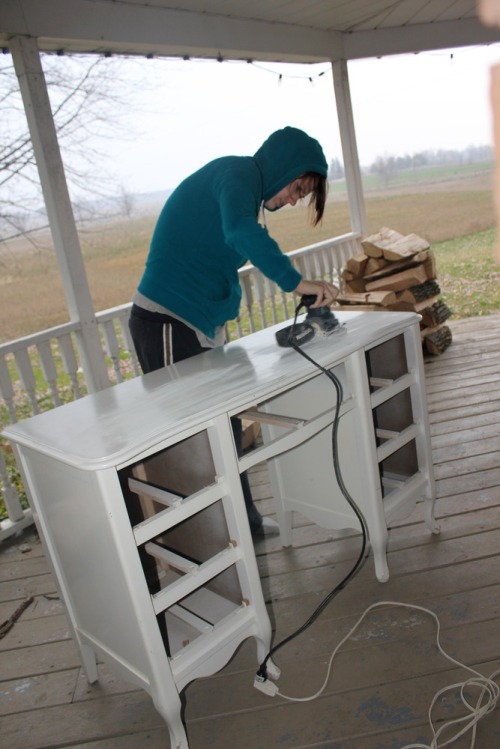 We then primed the pieces and once that was dry we painted them the turquoise we had chosen(Benjamin Moore Aqua Blue I think). It took a couple of coats in some areas because of the detail.  After the paint was dry we got a bit worried because neither of us had ever done a glaze or knew how to do one.  We figured it couldn’t be too difficult though, so we mixed some black paint with water, brushed it on, and then immediately wiped it off with a rag.  It worked!  I don’t actually know if this is how you are supposed to do a glaze but it gave us the desired effect and it was very easy to do.  So easy in fact that five year old Marlee helped us!

Here are a couple of pictures to show you how the glaze looks up close.  The first picture shows you the difference between a drawer front that has been glazed and one that hasn’t. 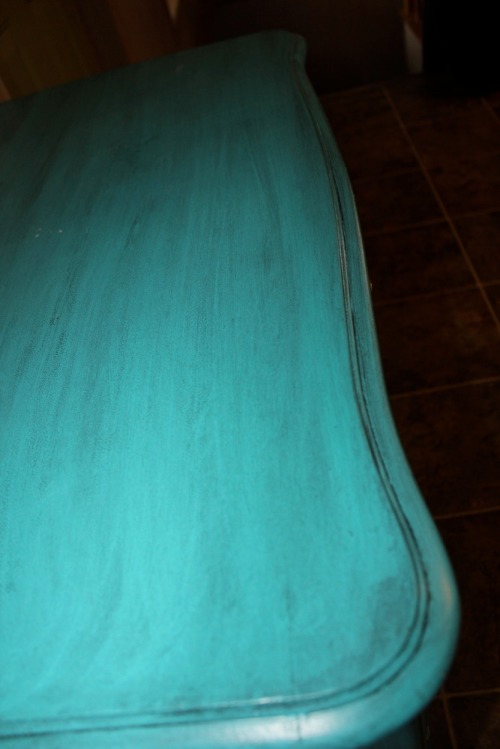 Finally, here are the pieces after they have dried and are back in place. 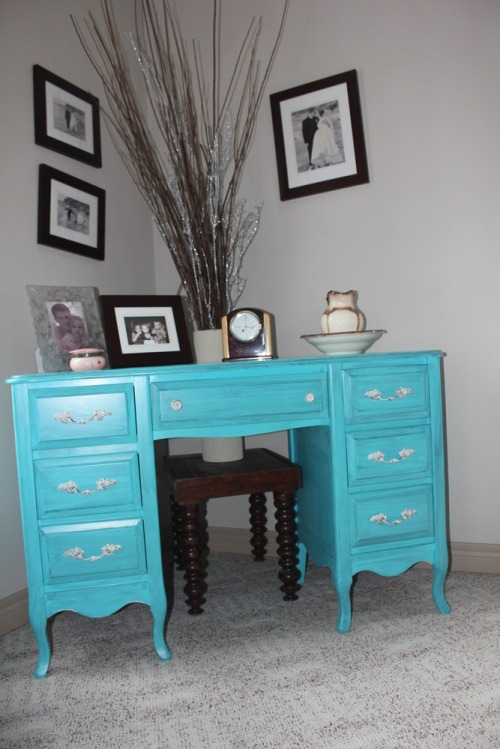